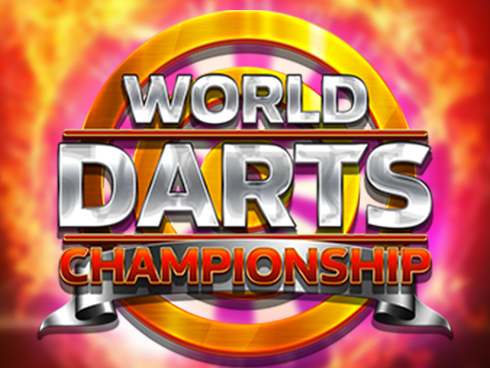 
Players have the chance to win free spins on the game, which also has features such as big names from the world of darts. Among those to have their images in the game are ‘Snakebite’ Peter Wright, and ‘Mighty Mike’ Michael van Gerwen, as well as ‘The Iceman’ Gerwyn Price - the world champion of darts.


Blueprint teamed up with darts body the Professional Darts Corporation, whose chairman Barry Hearn said: "Partnering with Blueprint Gaming for the development of this unique game is another important step to broaden the appeal of the sport to more people across the globe." For all the details about playing the World Darts Championship slot, read on for our full review.


How to play World Darts Championship


World Darts Championship will feel familiar to anyone who has played other slot games released by Blueprint Gaming, as it has a similar layout.


The 5x3 grid of reels has 10 paylines in place with players able to select their stake for each spin of the reels via a toggle mechanism located on the right of the screen.


Users spin the reels via a button to the right of the reels on the World Darts Championship slot, which is set to a backdrop of the event's usual location, Ally Pally in the city of London.


As with other slot games from Blueprint Gaming that are available at online casinos, the World Darts Championship slot has a bar at the bottom of the screen where players can see their updated balance, their bet on the last spin and any wins appear in the bottom-right as well.

Low-paying royal card letters are among the symbols on offer but users will be hoping that big- name players appear as their icons pay out a lot more.


The Wild symbol in the slot is a dartboard and this replaces all other icons apart from the Scatter, which is represented by a bullseye.


Players who get a trio of Scatter symbols from a single spin of the reels on the World Darts Championship slot will be taken to the game's Free Spins feature.


As many as 180 free spins can be awarded, which is more than most other slots offer. At the start of the bonus game, players get a choice of Mystery Dart Player Free Spins or Standard Free Spins, which impacts on how much money they can expect to win.


During the bonus game, they will see a number of cash prizes up for grabs. To win them, users need to get a dartboard Wild symbol to appear.


Blueprint Gaming has not offered anything particularly innovative through the release of its World Darts Championship slot, which is the first time the studio has produced a sports-themed game.


The chance to pick either Mystery Dart Player Free Spins or Standard Free Spins does add an extra layer of flexibility into the bonus game that has been included in this slot.


A maximum win of 2,000x the stake for each spin is available on the World Darts Championship slot, which is more than can be won at a lot of other games at online casinos these days.


Medium volatility strikes a nice balance too, but it is fair to say it is mostly fans of the sport itself who will be tempted to pick out the World Darts Championship slot by Blueprint Gaming.