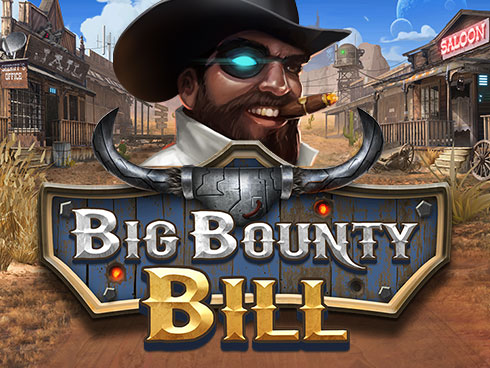 
Big Bounty Bill is a 5 reel, 4 rows and a 1,024 payline online gaming slot from Kalamba Games that was spectacularly designed to wow you with its attributed features that is set to help you land big wins.


Kalamba Games is a well renowned gaming developing company that offers players an exquisite gaming experience while you play this slot.


You will find Big Bounty Bill Slot on Playlive Online casino alongside other intriguing, classic and exciting games that will keep you glued to your seat for hours as you will enjoy each of the gaming slots you try out on the Casino South Africa site.


Note that you can also try out the free or the demo version of Big Bounty Bill Slot before making any deposit to play the real version of this slot.


The Big Bounty Bill Slot is based on the storyline of a screenplay titled FIREPLACE and the main character of the movie was a small time smuggler Mal Reynolds, who he and his rag crew members tried to save the galaxy.


To join Mal Reynolds and his crew to save the world on this slot, first, you will have stake your wager. The minimum bet per spin is 0.03 $ while the maximum bet per spin is 300 $. After you have chosen the bet amount that you desire, tap on the spin button beneath the reels and start spinning manually to land your wins.


This slot also has an auto play function that helps players to continuously spin the reels at the end of a base game round if you are tired of spinning manually yourself. Slot Features of Big Bounty Bill - Kalamba Games


The Big Bounty Bill Slot has some amazing features that makes it endearing to punters such as the expansion symbols and the free spins.


The 5 x 4 grid slot has 3 extra rows that are being covered by blocking tiles.


The symbol values on this slot are low and as such requires the expanding reels features to help you land big wins. On the paytable it has a 9-A symbol that is followed by a horse and a bull.


Fortunately for punters, the expansion symbol feature opens up the slot’s real potential. When the symbols land, they shoot one of the blocker tiles above, the 3 extra rows can be shot 1-4 times. During the base game, this can cause a hole in any of the tiles when several hits have been made. And if 3 and 5 Expansion Symbol lands on one spin, then 3, 5, and 7 hyper spins will be awarded to you.


Finally, punters can click the Blue button next to the reels to buy the hyper bonus which triggers more hyper-spins that allows more Expansion Symbols to land.


This 5 X 4 grid slot has Expansion Symbols Feature that can land you the potential of earning big wins with an RTP of 97.87%.