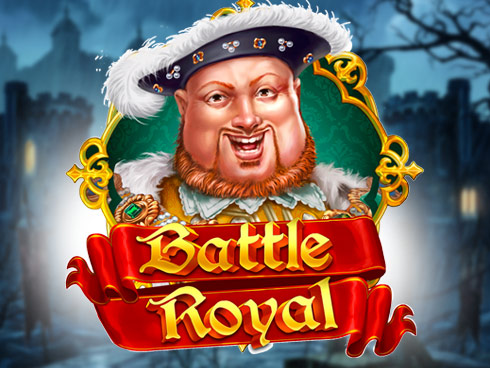 Battle Royal is an online slot machine coming from Play’n Go, which is considered to be the most popular software provider online. It was released in 2018 and has been a prioritized pick by several players since it became available in hundreds of casinos.

When Battle Royal has fully loaded you can hear typical medieval music playing in the background. In other words, it won’t be hard to imagine a ball full of royals and nobles in the castle with a theme-fitting instrumental playing.

How to Play Battle Royal

If you’re not a fan of the music, or the sound effects for that matter, simply click on the volume-button in the bottom left corner. By clicking the menu-button you can auto adjust your bet if it goes below your initial value per spin. You can also turn on fast play to spin the wheels faster.

This slot by Play’n Go comes with a standard setup of 5 reels and 3 rows. You’ll have quite a few ways to win when spinning the slot when the number of paylines are 20. This is why Battle Royal is fairly easy to understand - hence why it fits for both regular and new players.

Battle Royal has a return to player of 96.56%, which is considered being the industry standard. On the other side you will be happy to hear that you can win a total of 5000x your bet.

Long Live the King will let you uncover prizes by clicking on treasure chests. You won’t win if the ghost catches the King, but if you find a key you will escape and get a random multiplier.

Heads Will Roll is the free spins bonus in Battle Royal. A guillotine will hit the reels during every spin. If it cuts off the head of one of the king's wifes, the symbol will stay wild during free spins. The bonus will be active until there is one remaining wife, guess the right one to win extra cash.

Royal Flush is another feature that will randomly change symbols to be identical.

Battle Royal is created by the popular provider with the name Play’n Go. Here all players have the possibility of winning 5000x their bet when spinning the reels full of royals and nobles. You will get to experience several features like Long Live the King and Heads Will Roll. Battle Royal was released in 2018 and comes with a RTP of 94.51%.
My rating