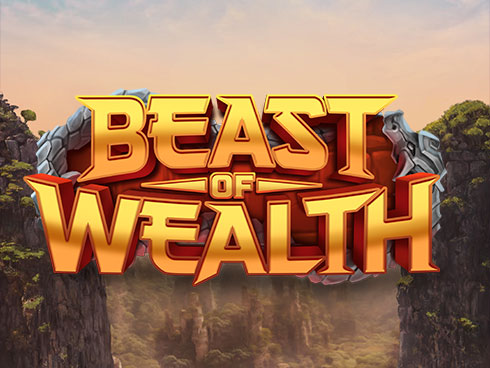 Intro to Beast of Wealth


The Beast of Wealth is a faction of Play 'n Go's wealth-based slots. The game is reflective of Asian roots and it is not hard to tell it was intended to give off that vibe. From the soundtrack, to the wooden temple structure and the roofing style, there is no question it was designed to have an Asian look. This 5-reel, 243 ways game proves to be highly profitable given its RTP of 96.17%. Despite it quite laid back design, it is one slot game that could prove highly profitable if you look beyond that. Gladly, this is one of the select games featured on Playlive.


How To Play Beast of Wealth


Some players easily opine that the Beast of Wealth slot is too simplistic. While many may see that as a bad thing, it could prove beneficial since that implies the slot is easily navigable. Given its simple design, the layout of icons is not confusing in any way. The spin icon stands uniquely below the reels, in bright green, so you don't have to stress out kick-starting the game. The menu icon is located at the far right down below. Once you click the menu icon, you will be taken to a page where you can fix your bet amount and also trigger the autoplay function. Before spinning, you are mandated to set your bet amount, and the bet range varies from 0.10 to 100. The autoplay feature helps you run consecutive spins without having to operate manually at every new round. So, you are allowed to set the number of auto spins from as low as 10 to as high as even 100. Interestingly, you can set a stop limit that deactivates the function when your balance reaches that value.


It is a no-brainer a slot with more features has a better winning potential than one with sparse features. This also boosts the appeal of the game. What the beast of wealth lacks in flamboyant design, it makes up for it with the features available. One of the most profitable features of the slot is the free spins. You only get awarded 8 free spins when you land a combination of 3 or more scatter symbols. Interestingly, during the free spin, if you land more scatter symbols, you will still be awarded extra free 8 spins. The most influential feature in this game is the gold reels. This feature puts you at a better chance of winning a progressive jackpot that will make you giddy with excitement. At random, any of the reels between 1-5 could turn gold. The goal is to land a wild symbol in the reel and you will be eligible for a progressive jackpot which could either be: Grand, Minor, Mini or Major. This slot features 10 symbols, all of which have their unique payout values. A Sneak peek into the paytable will reveal the values.


The Beast of Wealth may seem not so flattering when it comes to the design, but one thing you can't take away from it is its profitability. This Asian-themed 5-reel slot with high RTP gives you a chance of winning as much as 5000x your bet mouth-watering jackpot wins.