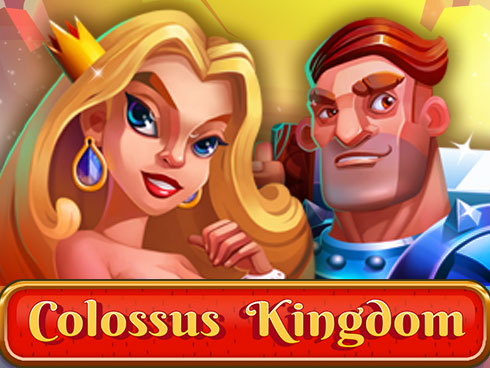 Intro to the Colossus Kingdom - Spinomenal

Spinomenal’s Colossus Kingdom has been described as a breathtaking game with special features.

Colossus kingdom was created and launched by Spinomenal in 2019. It's a magically enchanted fairy-themed slot that was innovatively created with enticing features. This slot entails 5 reels, and 20 paylines.

The great news about this slot is that you will find it included among a selection of classic, exciting and thrilling gaming slots on Playlive Casino that are quite impressive to play. You can also get to play the free or the demo version of this classic slot on Playlive casino.

Note that you won't earn real cash on the free version except you make a deposit to play the real version of the game.

How to play the Colossus Kingdom - Spinomenal

You will find 20 paylines on the Colossus Kingdom slot that assured you of big wins. The maximum bet value on this slot is 300 $, € while the minimum bet value is 0.3 $, € which is suitable for both newbies and high rollers and you can as well adjust the bet alongside the paylines that you are comfortable with using.

You can also tap on the spin button beneath the reels to start the game. This slot also has an auto spin feature next to the spin button that automatically spins the reels for you and allows up to several games each time. All you have to do is to tap the auto spin function to activate and deactivate it. This function can only work after a base game round

On this slot, symbols such as the wizard, the King, princess, knight, and the dragon play their part in the medieval fantasy.

The colossus symbols are the giant symbols made up of the 3 x 3 regular symbols such as the dragon, King, princess, knight, Ace, Queen, Jack, ten, and nine. Every other symbol can appear as a colossal symbol except for the wizard symbol.

The Wizard symbol represents the wild symbol that can replace every other symbol on the reels.

The Bonus Wheel is activated when you land the bonus colossus symbols on reels 2 to 4 where you will be presented with 3 options to spin a bonus wheel. You can be awarded 2 x to 6 x of your total stake or be awarded an extra bonus wheel.

Colossus Kingdom is a magic-themed online slot with an RTP of 95.2% and symbols that will put you in a position to win big.
My rating