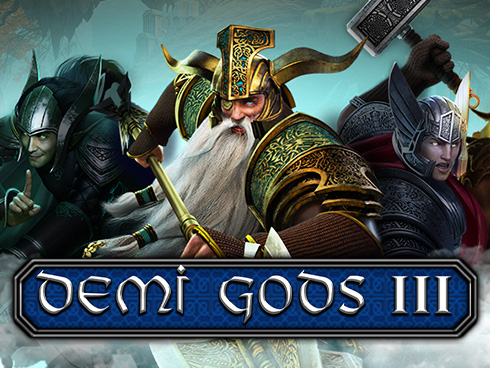 Demi Gods 3 is a 5 reel and a 45 payline slot that was launched by Spinomenal in 2019. Spinomenal’s Demi Gods 3 was inspired by the realm of the Norse gods but this time it looks further north.

Spinomenal are highly renowned for developing sophisticated and thrilling games that keep players at the edge of their seats and also creating a pleasant gaming experience for players. They have done quite well with the Demi Gods 3 slot as it has lived up to their reputation.

You will find this slot to play on Playlive Casino alongside other selections of classic, thrilling, and exciting gaming slots that will blow your mind away.

You can also get to try out the demo version of this slot on the Playlive casino. However, you will not earn real cash until you make a deposit to play the real version of the slot.

How to play the Demi Gods 3 Slot - Spinomenal

You will find 45 paylines on the Demi Gods 3 slot. The maximum bet per spin on this slot is $, €, £500 while the minimum bet per spin is $, €, £0.5 which is suitable for both newbies and high rollers and you can also adjust the bet alongside the paylines that you are comfortable with using.

Then proceed to tap on the spin button at the bottom of the reels to start the game.

This slot also has an auto spin feature next to the spin button that automatically spins the reels for you and allows up to several games each time. All you have to do is to tap the auto spin function to activate and deactivate it. This function can only work after a base game round.

This slot renders punters Odin, Frigg, Thor, Loki, and Tyr to richly fill up the reels instead of the usual gods; Zeus and his Olympia crew.

The visuals and the screen layout of this 5 reel slot is quite stunning and that's not all, as it is accompanied by a nice soundtrack playing softly as you play the slot.

The high paying symbols are 3 symbol high portraits that are always stacked together.

During the base game round, it's quite possible to randomly activate 2x or 3x multipliers.

There is no gamble feature on this slot but that aspect is adequately covered for by its wild, bonuses and free spins.

The wild symbol is represented by the lightning bolt hand symbol which can be replaced by any other symbol on the reels except for the scatter symbol.

The RTP of this slot is 96.2% accompanied by a medium volatility. It also comes with features that will let you win astronomically.
My rating