How to play Book of Dead by Play'n GO 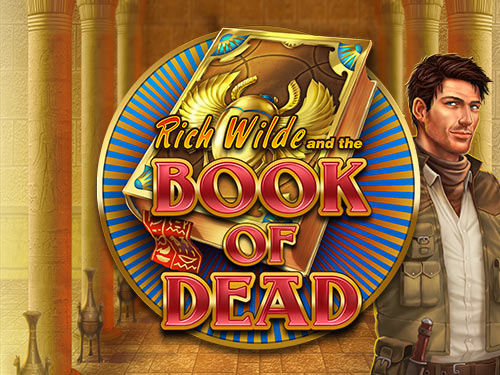 The Rich Wilde series of slot games from Play'n GO is one of the most famous around.

It was Rich Wilde and the Book of Dead that really announced itself on to the scene when it was released by the developer all the way back in 2016, but how do you play the game? Here is our full guide to how to play Book of Dead by leading slots studio Play'n GO.

Let's kick off with the gameplay on Book of Dead by Play'n GO. The slot has five reels and 10 paylines, so it should not be too complicated for newcomers who have not played it before.

In the game, Rich Wilde will come face to face with Anubis and Osiris as he hunts for the Book of Dead from the name of the slot.

Playing Rich Wilde and the Book of Dead involves deciding whether or not to use all 10 of the paylines or instead cut the stake for each spin of the reels. There is a maximum bet function on Book of Dead by Play'n GO, so high rollers could find it could be a great choice of slot game to play at the online casino.

Additionally, an autoplay function can be used in order to speed up the Book of Dead slot gameplay. Using autoplay allows players to kick back while playing this slot game.

Anyone who wants to learn how to play Book of Dead by Play'n GO needs to know about the winning symbols that are included in the slot. Naturally, the highest-paying symbol in the game is the eponymous Rich Wilde, so when he appears on the reels players can be hopeful of a big win.

Finding out how to play Book of Dead involves getting used to the game's special features. As we mentioned above, the Golden Book of Dead symbols are the main bonus feature with three of them on a single spin of the reels handing the player an instant prize.

In addition, three Golden Book of Dead symbols will give out 10 free spins. With free spins one of the best ways to win on Book of Dead, these bonus symbols are a key part of the game. Extra free spins can also be retriggered during the bonus game, which means it can be profitable, especially due to the fact that an Expanding Scatter symbol is chosen at random.

Rich Wilde and the Book of Dead also gives players the chance to double their wins from a spin of the reels with a gamble feature. There are up to five rounds of the gamble feature, which means that there is a chance to explode the amount of money won from a Book of Dead spin.

Why play Book of Dead?

So now you know all about how to play Book of Dead by Play'n GO, why should you choose this particular slot game at the online casino over the many other available options? Well, the series of Rich Wilde slots are known for being extremely engaging and those who have played games featuring the character in the past will feel right at home with Book of Dead.

It is fair to say that the Book of Dead game has a lot of similarities with the Book of Ra Deluxe slot game by Novomatic, so anyone who likes that slot will probably enjoy the Play'n GO game.

The fact the bonus game on Rich Wilde and the Book of Dead can be so generous with the extra free spins being triggered is a big tick in the box, while there is flexibility in the form of the five rounds of gamble features as well.

There is even the chance to learn how to play Book of Dead by Play'n GO in hands-on fashion as there is a demo mode, where spins can be taken with no risk, available to use too.
Back to News